Matching an engagement ring to your lifestyle

Queen Elizabeth II owns one of the most glorious collections of diamonds in the world and certainly perhaps the most famous gemstones of all royal families.

Some of the jewelry owned is her own personal collection. but some has been handed down since Queen Victoria stipulated in her will that some pieces would only ever be passed to the next Queen and to be worn only by her. These chosen pieces were subsequently worn by Queen Alexandra, Queen Mary, the Queen Mother and will be passed on to Camilla, the Duchess of Cornwall when Charles becomes King.

The number of pieces of diamond jewelry at the disposal of the Queen is certainly sizeable. There is no official list of the pieces held but at one point it was known to include 14 tiaras, 15 rings, 46 necklaces and and an incredible 98 brooches. One such brooch is very dear to the Queen as it was presented to her when she visited New Zealand in 1953. Displaying the national emblem of the country, her Majesty still wears the piece every time she returns.

Known as her favorite piece of diamond jewelry, the engagement ring of the Queen was created from 11 diamonds which were previously set into a tiara owned by the mother of Prince Philip. She also regularly wears the platinum and diamond bracelet which was designed for her as a gift from Philip when they wed.

Not known for wearing jewelry 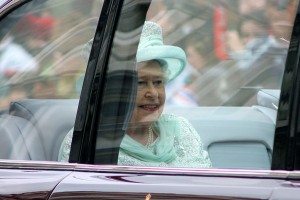 The Queen may have the most stunning selection of diamond jewelry to choose from to wear each day, but she is not one to wear much unless required to. When not at official functions, she usually only wears a pearl necklace and brooch; instead she is subtle in her decisions even at grand occasions and often chooses pieces with personal meaning. One such item is the Flower Basket Brooch which was a gift from her parents in 1948 when Prince Charles was born and the diamond brooch set in the shape of an oyster shell which belonged to her mother.

Where the Queen has her own collection of diamond jewelry, there are also rare and famous diamonds which form part of the country owned Crown Jewels.

The State Crown, remade for the Coronation of King George VI in 1937 has over 3000 gemstones set into it including the diamond known as the Second Star of Africa. The First Star of Africa is to be found in the top of the Sceptre and those who wish to see both items in the Royal Collection can visit the Tower of London where they are guarded by the famous Beefeaters (their official title is the Yeomen Warders). The First Star is an incredible 530 carats and is the largest flawless diamond in the world and the Second Star is 317 carats. Both were cut from the Cullinan diamond which originally weighed over 3000 carats and was given to Edward VII in 1907. Even lesser known pieces of jewelry are just as magnificent, including the Imperial Crown of India which was made for King George V to wear in 1911 at the Delhi Coronation. It glistens with 6000 diamonds as well as rubies and emeralds and has never been worn since. 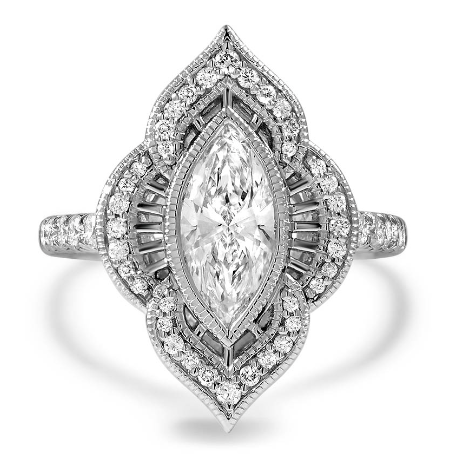