Fake Diamonds: What to Avoid When Shopping for a Diamond Online 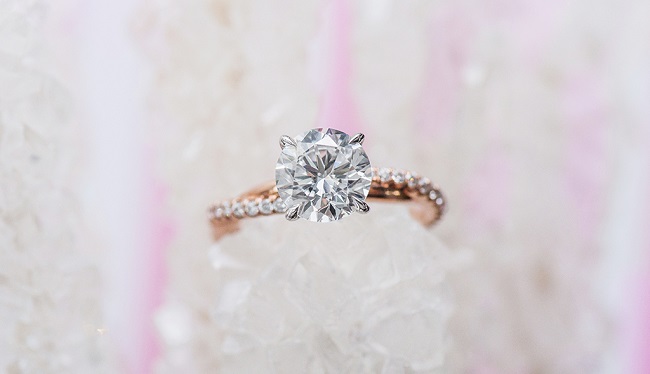 Since we first started using diamonds for jewelry purposes, diamond cutters, designers and jewelry makers have honed their crafts and refined their techniques to create lavish designs suitable for royalty.

One of the most complex and beautiful techniques in any jewelers’ repertoire is pavé. However, not all pavé is created equal; this guide will tell you what to look for in these striking settings.

Pavé is taken from the French word meaning ‘to pavé’; small diamonds are set closely to give the impression of a continuous path of sparkling diamonds across a shank. The diamonds are held in place with very smalls prongs; diamonds used for pavé are between 0.01ct and 0.02ct; anything below this considered ‘micro-pavé’. 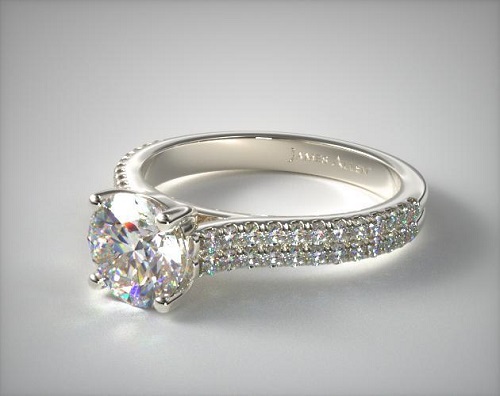 As jewelry making and engagement ring trends have developed across the centuries, so too have the setting styles. There several methods used to create a pavé setting, each with their own unique nuances. This over-view should help you unravel engagement ring descriptions when searching for your pavé engagement ring.

The French pavé style sets diamonds into the shank in small, v-shaped grooves. The result is a pavé setting where you can see more of the diamonds and less metal.

The distinctive V-shaped indents of a French pavé setting.

Micro-pavé uses much smaller diamonds (and lots of them) for an incredibly sparkly appearance. Some people prefer the precision of micro-pavé over a traditional pavé style. The stones are set into drill holes on a band and set with tiny metal prongs. The modern understanding of a ‘true’ micro-pavé setting is that it must include four prongs to hold each diamond in place for a seamless fire across the shank. This style of setting requires acute attention to detail.

Petite pavé uses the traditional pavé technique but with smaller prongs to hold each diamond in place – the result is a more continuous appears, with the metal blending seamlessly with the diamonds for a truly ‘pavéd’ effect.

There are several other terms that are often confused with the classic pavé settings. When looking at engagement rings, you may hear the following:

Millgrain, (sometimes written as milgrain or milgraine) is a jewelry technique that uses small beads of metal to create ornate boarders. Particularly popular in the art deco era, millgrain can be used to adorn vintage style engagement rings. Millgrain is not the same as pavé – achieving a millgrain effect is much more straightforward and does not use diamonds or gemstones. 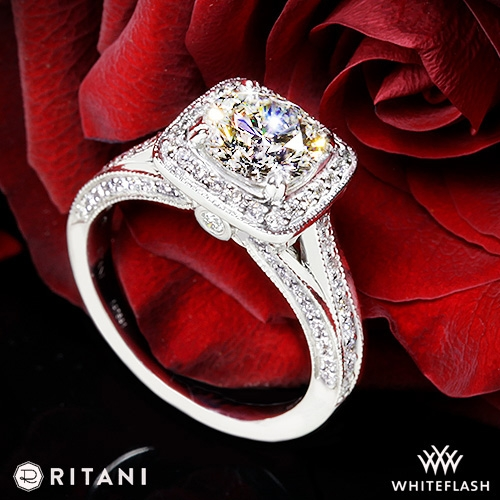 Melee is a term used to describe the very small, diamonds used for a pavé setting. The quality and cut of the melee will dictate how sparkly and impactful a pavé setting looks. Single cut melee are diamonds cut in a vintage style which only feature 17 facets (vs the 24 of a round brilliant).

If you’re looking for the best brilliance and fire use a reputable jewler like Whiteflash. If your budget is a little smaller I would recommend Blue Nile or James Allen.

An engagement ring must tick boxes of budget, beauty and practicality. Pavé engagement rings are unquestionably beautiful, but my list of pros and cons will help you decide if it is the right setting for you.

Modern jewelry making methods have simplified the pavé setting method, however it is still a complex and precise style that requires incredible craftsmanship. A low-quality pavé will be lacklustre and risks losing stones.

For the pinnacle of durability and beauty, I recommend taking a look at Whiteflash and their exquisite collection of designer pavé engagement rings. Their commitment to high quality, well cut diamonds via their A CUT ABOVE® range carries through from their largest central stones to the tiniest of melees and the difference can truly be seen. 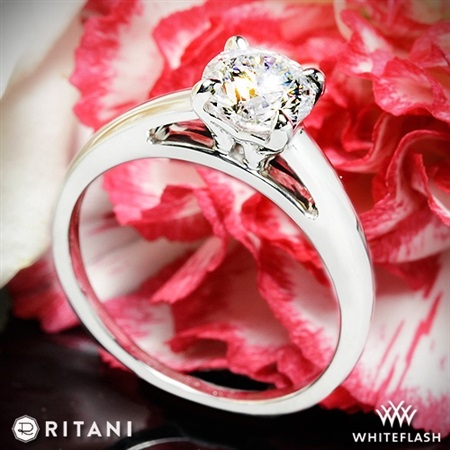