The 8.52 carat Esperanza diamond, found by a visitor to the Crater of Diamonds State Park, is to feature in a nationwide tour to show the public the beauty of the surprising and incredibly valuable find.

Bobbie Oskarson of Colorado was expecting to find just small pieces of quartz or – if she was really lucky – a tiny brown diamond when she visited the park in Murfeesboro, Arkansas in June 2015. She was at the popular attraction with many other tourists where the public can hunt for precious and semi-precious stones when she chanced upon what he thought was a worthless piece of mineral. When she showed it to the astonished staff at the end of the day however, she realized that it was something very special indeed.

The Esperanza is the fifth largest diamond to be found at the location since it opened in 1972 and was nestling in the mud of a 37 acre field known to visitors as the Pig Pen. The gemstone has been named Esperanza by Bobbie after her niece and when in its original rough state was icicle shaped and half the size of a quarter. Interestingly enough Esperanza is also spanish for hope… Most of you will already be aware of the legendary Hope Diamond.

Now expertly cut and polished, the diamond will remain the property of Bobbie as the State Park has a finders-keepers policy. She has however announced that the diamond will be sold by silent auction and bids will be invited at the event which is set to take place on 14 February. It’s thought the final price could be well over $1 million.

The diamond is thought to have come to the surface because of the unusually high amount of rainfall just before Brooke visited as it was the 30th gem to have been found in the field that year at the time she saw it in the dirt.

To continue the ‘home grown’ theme, the decision was made to cut and polish the diamond in Arkansas in a specially set up mini factory at the American Gem Society (AGS) member store Stanley Jewelers. To make the Esperanza even more unique and valuable, it was cut into the extremely rare Triolette shape complete with 147 glistening facets. The finished piece has now been certified as weighing 4.60 carats and has been graded as being the absolute perfect color D as well as being Internally Flawless. To make this a wearable once in a lifetime gemstone, the Esperanza has now been set into a custom made platinum pendant.

To celebrate the find and to show the magical beauty of diamonds, the AGS has announced the Esperanza will tour a number of the stores of member jewelers so the public can view the utterly unique piece for themselves.

One store which will proudly display the diamond is Whiteflash in Houston, Texas. This award-winning diamond specialist will have the Esperanza to show both local and visiting diamond admirers from 3-5 February.

The staff at the Sugar Land Town Square store are understandably excited about being one of the host locations with Vice President Bryan Boyne summing up the feeling of everyone by saying “We are honored and thrilled to have been chosen to host the Esperanza in greater Houston – the fourth largest market in America. For Whiteflash to be forever connected with this exceptional gem, and with American diamond history, is a truly a once in a lifetime opportunity.” 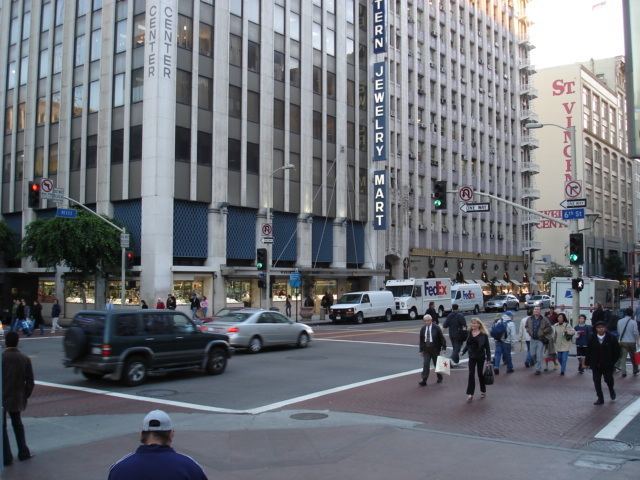 A Guide to the Jewelry District in Los Angeles